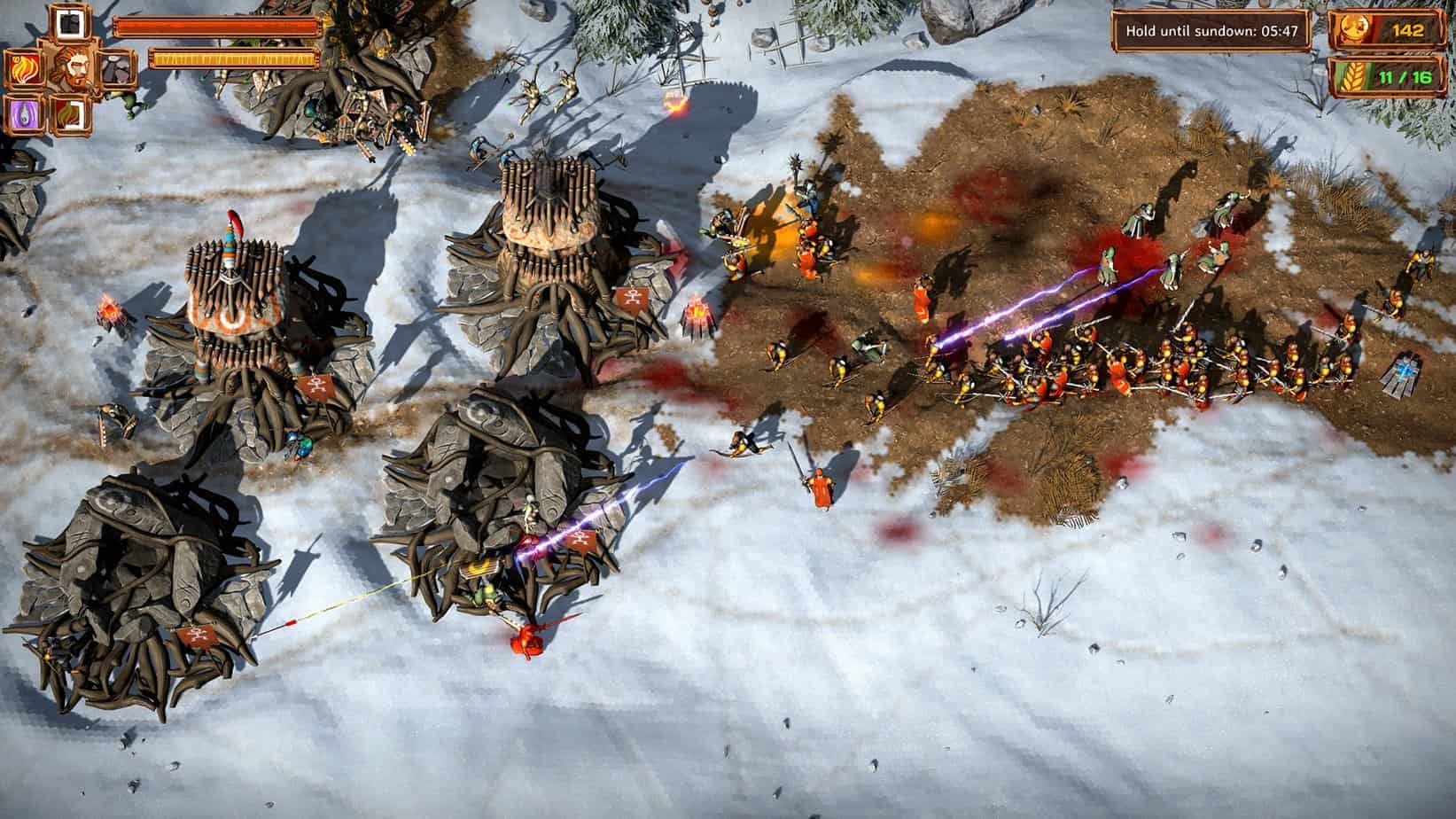 “RUN!” Amusingly, I was thinking of the late Richard Pryor (I think it was from Live On The Sunset Strip) as I played this game because running like your character’s life depends on it (it does) is a big part of Lornsword Winter Chronicle, ($24.99) developer Tower Five’s pretty solid real time strategy/action game hybrid. My review’s a little late thanks to some illness, getting stuck in an area late in the game (I was having trouble in one busy area) and waiting for a patch that fixed some visual issues, but I rather liked the game overall. It does start out slowly, as tutorials tackle the basics and get you through the early parts before setting you free to experience things in its solo or co-op modes.

Story-wise, it’s pretty well written and straightforward with dramatic elements and a touch of wry humor every so often. As Corun Lan Ka, Lornknight turned general (sort of), you’re tasked with leading quite a number of disposable troops into battle as the story recounts your efforts. The game allows for offline co-op play (which works quite well), offering the ability for a friend or anyone otherwise interested to jump in and assist at any time. Given how hectic some battles are, that help sure comes in handy when its needed. Maps are both small enough to get you to targets quickly, but large enough that you can’t run continuously because you’ll be out of stamina. Corun is a capable fighter only when the enemies have been thinned out, so keeping him alive is key here. Running away to your base with a few enemies giving chase is both funny and frightening at times.

Finish reading this review on FanBoyDestroy.